Four members of the Sisters of Saint Francis, Rochester, Minnesota, celebrated their 50th Jubilee with the Congregation at a ceremony on July 18, 2019. 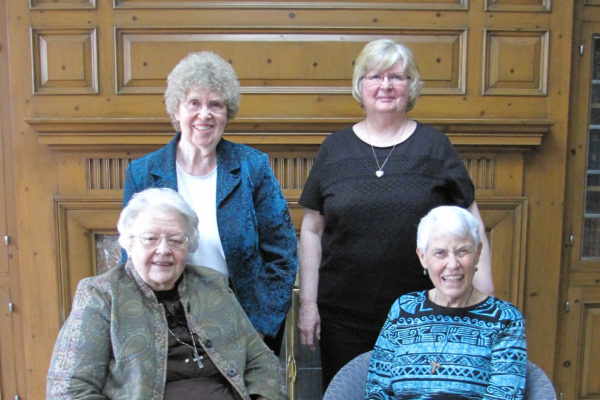 Sister Charlotte Hesby, daughter of Thomas and Marguerite Hesby (both deceased), was born in Rochester, Minnesota, and entered the Rochester Franciscan Congregation from St. Francis Parish in Rochester, Minnesota.  She professed her first vows in 1969. Sister Charlotte received a bachelor’s degree in Occupational Therapy from Mount Mary College in Milwaukee, Wisconsin, and a master’s degree in Theology from the College of St. Catherine in St. Paul, Minnesota.

Initially, her career was spent as an occupational therapist at Mayo Clinic, then as a bookkeeper at St. Stephen’s Church in St. Paul, Minnesota.  Following that, Sister Charlotte lived as a hermit in Chicago, Illinois, and then at Holy Spirit Retreat Center in Janesville, Minnesota, where she was on staff until 2017.  In 2018, she was elected to serve as an Associate Minister in Congregational Leadership for the Sisters of Saint Francis in Rochester, Minnesota, where she is currently entering the second year of a four-year term.

Sister Kathleen Welscher, daughter of Luman and Eileen Welscher (both deceased), was born in Caledonia, Minnesota, and entered the Rochester Franciscan Congregation from St. Peter’s Catholic Church in Caledonia, Minnesota.  She professed her first vows in 1969. Sister Kathleen attended the College of St. Teresa in Winona, Minnesota for two years, before attending the Rochester School of Practical Nursing at Saint Marys Hospital in Rochester, Minnesota. She graduated in 1971.

Currently, Sister Kathleen serves as Sacristan of Our Lady of Lourdes Chapel at Assisi Heights in Rochester, Minnesota.  In addition, she serves on the Congregational Liturgy Committee as secretary. In her free time, she enjoys being creative; using her talents to make crafts for the Assisi Heights Card Shop, writing poetry, and baking pies and pumpkin bread, and volunteers at Assisi Heights and often prepares meals for the Dorothy Day Hospitality House. In 2015, she was recognized for her creative contributions as the Congregation’s Honoree at the Annual Franciscan Federation Conference.

Initially, her career was spent teaching in grade schools and high schools in Winona, Waseca and Austin, Minnesota, as well as at the College of St. Teresa in Winona, Minnesota, and at Immaculate Hearts College in Kagoshima, Japan.  After certification in Chaplaincy at Methodist Hospital, Rochester, Minnesota, she was a Chaplain at Gunderson Lutheran Hospital in La Crosse, Wisconsin, and later, Director of Pastoral Care at Madonna Towers and Madonna Meadows in Rochester, Minnesota. Sister Mary Anne was also employed at St. Joseph Manor in Trumbull, Connecticut.  Currently, she is retired, residing at Assisi Heights.  She spends some of her free time volunteering at Madonna Meadows in Rochester, Minnesota.

Sister Mary Kay Mahowald, daughter of Raymond J. and Ann W. Mahowald (both deceased), was born in Rosemount, Minnesota, and entered the Rochester Franciscan Congregation from the Church of St. Joseph Parish in Rosemount, Minnesota.  She professed her first vows in 1969. Sister Mary Kay received a bachelor’s degree in English and Secondary Education from the College of St. Teresa in Winona, Minnesota, and a master’s degree in Theology and Spirituality from the College of St. Catherine in St. Paul, Minnesota.

Sister Mary Kay’s career was spent in education, pastoral ministry, chaplaincy and advocacy work in parishes throughout Minnesota, Georgia, South Dakota and Texas; as well as the Diocese of Chulucanas in Peru and in Bogotá, Colombia. She was awarded a Certificate of Spiritual Direction from the Hesychia School at Redemptorist Renewal Center in Tucson, Arizona.  Currently, she serves on the board of directors for the Las Americas Immigrant Advocacy Center and as a faculty member of the Tepeyac Institute of Adult Faith Formation in El Paso, Texas, where she has resided since 2012. 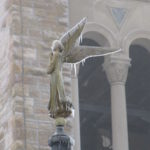 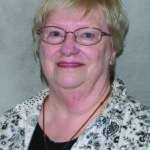 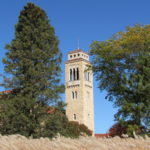